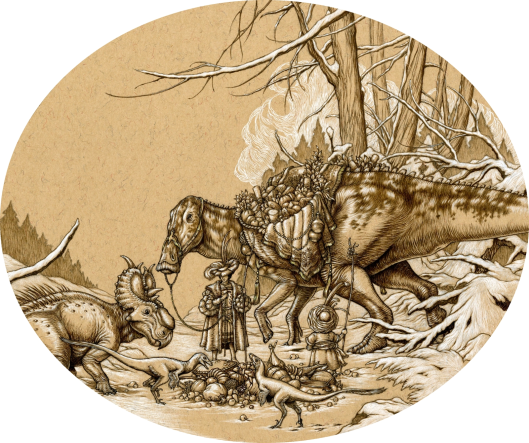 Christmas card for the Science Faculty of the University of Alberta. Sepia ink and gouache on recycled paper, 229 x 193mm.

This illustration was commissioned by the Science Faculty of the University of Alberta for their holiday card this year. It revisits an older Holiday Hadrosaur theme of mine, only with an Edmontosaurus rather than a Parasaurolophus this time, for fairly obvious reasons. A Pachyrhinosaurus and a pair of Troodon round off the sympatric saurian cast. You may also recognise the familiar turbaned figure in one of the handlers. He recurs frequently in my work.

In the wake of completing this illustration, the discovery that Edmontosaurus actually had a rooster-like fleshy comb was finally published. You may imagine how I felt. I have expediently decided that my Edmontosaurus here is female (her name is Cybele). I can stick with that for now. 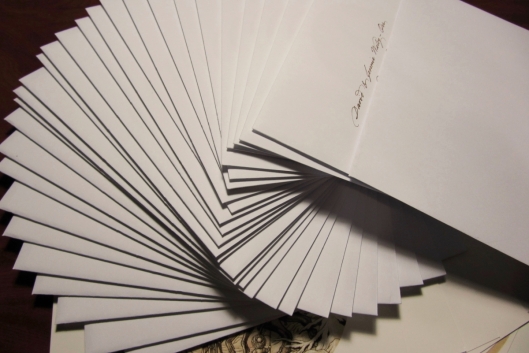 Unfortunately, it isn’t possible to send all cards this way, otherwise I would.

In honour of Jane Austen’s birthday, a study of the Bennet sisters, sketched at the time I illustrated Pride and Prejudice for The Folio Society (2006). It remains a personal favourite of mine, even though most of the illustrations for the book itself (with perhaps one exception) turned out poorly.

In truth, I am unhappy with most of my efforts on the three Austen titles I did for Folio. A number of unfortunate circumstances at the time together with my own lacking abilities then did not help. I still long for the opportunity to redeem myself in illustrating Austen again.

Two days ago, I and two friends passed by Hatchard’s bookstore in Piccadilly and discovered in the window a copy of the pop-up edition of Clement C. Moore’s The Night Before Christmas (Walker Books) which I’d illustrated. 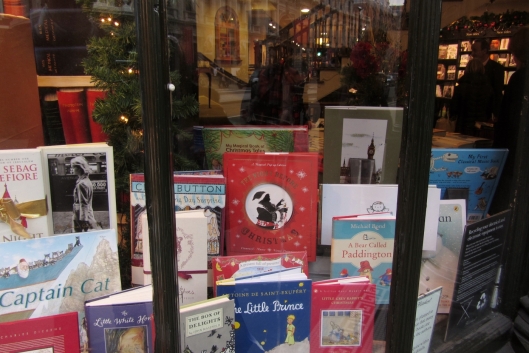 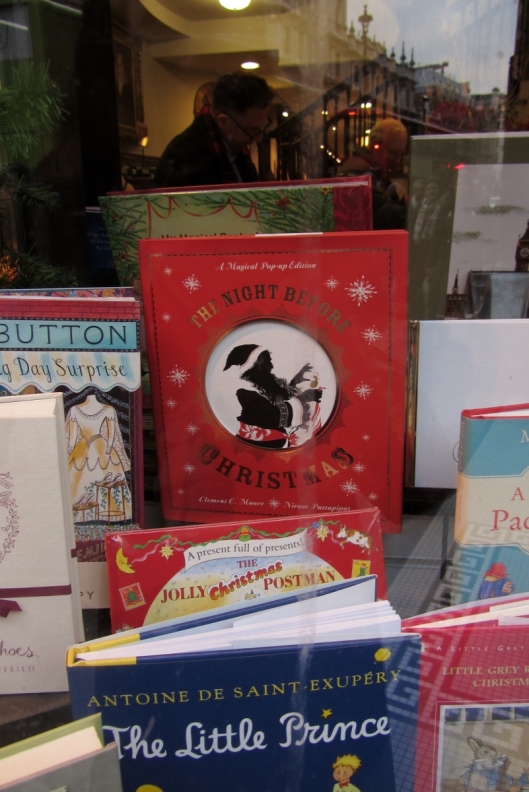 This was the second edition of the book, released last year (the first was published in 2007). We decided to pop in to see whether there were any further copies, and were pleasantly surprised to find a fair number on prominent display among the recommended titles right by the door. 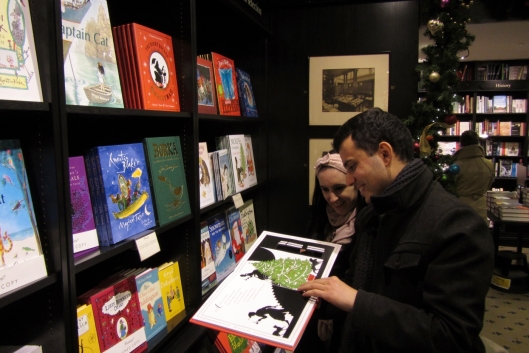 Huseyin and Amy inspect a copy.

A few more copies were found upstairs in the children’s section.

After considerable pondering and being urged by my friends, I finally mustered up enough courage (or brazenness) to ask one of the staff whether they might welcome my signing the copies. She was extremely kind and complimentary and happily agreed. 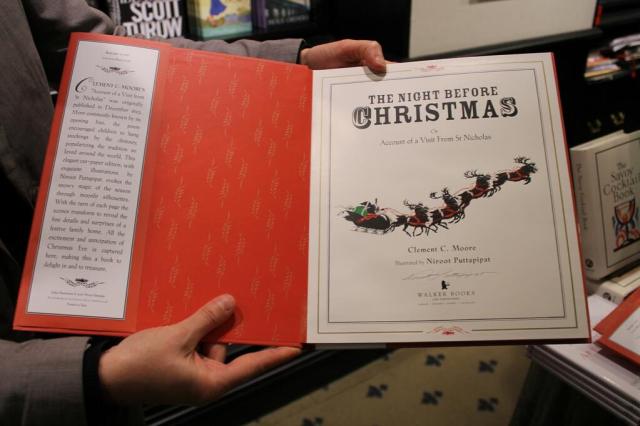 My thanks to Huseyin for the last three pictures. There were a few further surprises that day, but I will save those for forthcoming posts… 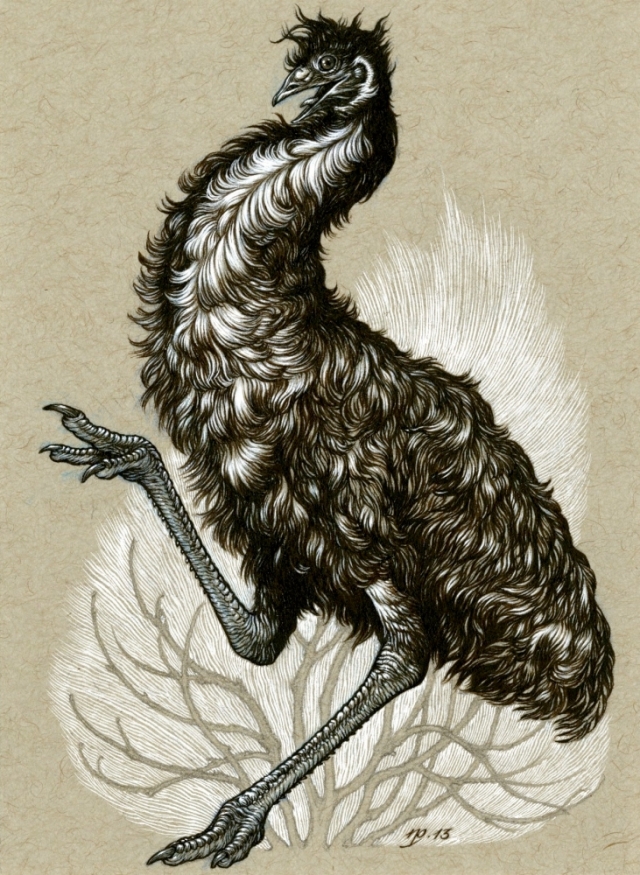 ‘Emus… are like a fluffy pair of legs and neck’, according to my friend, Marc. Both his comment and my drawing were inspired by this brilliant video, Emu Tango.

I’d fluffed (pun fully intended) the inking somewhat: a combination of being under the weather, unfocussed, and using a brush which was quite on its last legs. I consequently spent some time trying to salvage the drawing, so that, once again, I ended up taking far longer than the result should have warranted. Heigh ho.

A pirate Saltasaurus, as prompted by this post on Love in the Time of Chasmosaurs by my friend, Marc. The idea of the many swords stuck in the sash was shamelessly purloined from an illustration by Andrej Dugin and Olga Dugina, two of my favourite contemporary illustrators, though the hilts of archosaur heads are an attempt at my own personal touch.